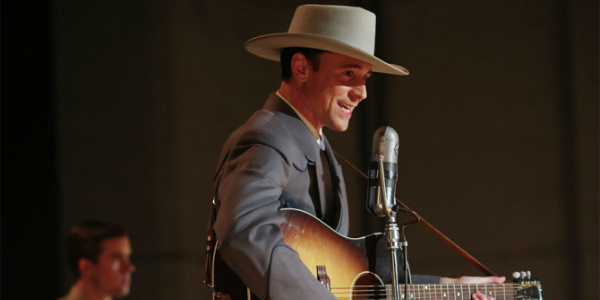 With all the hype about the big summer blockbusters it can be easy to forget that there are countless other exciting projects coming out this year, with I Saw The Light being the one that I am most excited about.

The film is a biopic of country legend Hank Williams, one of the most influential songwriters of the 20th century and a legend in country music.

I am a huge Hank Williams fan and a cinematic adaption of his story has huge potential. There’s a good chance it will be pretty typical ‘tortured artist’ fare, considering Williams fit the archetype pretty well, but with Tom Hiddleston in the starring role I am confident this could be something special.

Elizabeth Olson also stars as Williams’ first wife Audrey, only adding to the star power and striking reminiscent of the brilliant pairing that was Joaquin Phoenix and Reese Witherspoon in Walk the Line (2005).

A film of this nature will of course sink or swim based on the music – it was Pheonix and Witherspoon’s incredible singing voices as Johnny Cash and June Carter that really made Walk the Line, after all – and so far Hiddleston appears to be more than up to the challenge of conveying Williams’ distinctive twang.

This clip shows Hiddleston perform Williams’ song Move It On Over:

Williams’ grandson Hank Williams III has criticised the video, saying that Hiddleston lacks soul and that the role of his grandfather should not be played by a non-American.

Whilst it must be strange to see your family being played by an actor who is bound to take some creative license, I don’t think the fact that Hiddleston is British will have any real impact on his performance.

Acting is a transformative business, and Hiddleston doesn’t need to be from the South to encapsulate the essence of Williams or his music.

I Saw The Light will be released in cinemas on the 25th of March.